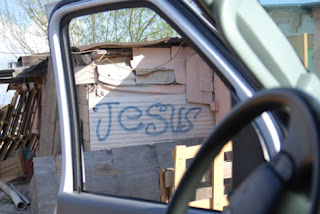 The question is relevant at all times, and for my part, it always gets a special focus in the Advent-season. The word Advent is borrowed from Latin (1) and describes a time when something first comes or appears. It is a time when Christians focus on the coming of Christ. Traditionally, this will be linked to the celebration of his first coming in combination with the expectation of his second coming.

Of course this also my focus; however, I will in this blog and the following reflections in Advent share what I am waiting for and longing to see. The longing is expressed in the Lord’s prayer:

In a time when the ‘kingdoms’ of this earth again are experiencing the rise of nationalism resulting in enmity, martial laws, breeches of agreements and treaties; in a time when human rights are heavily under attack and the sanctity of life seems to be a forgotten concept; in a time when wars and embargos are causing small children starving to death; in such a time I am not only praying but also crying out: “Our Father, let your kingdom come!”

When the King of kings stood in front of Pilate, he came with this statement:

“My kingdom is not of this world. If it were, my servants would fight to prevent my arrest by the Jewish leaders. But now my kingdom is from another place.” John 18:36

So when I pray “Your kingdom come”, I also realize that the

‘manna’ for today is:

The kingdom of God is in our midst.